Founded in 1997 by former Chief of Police Lee Donohue, the Honolulu Police Community Foundation is a private, non-profit federally and state registered 501(c)(3) organization. Its mission is to foster the relationship between the Honolulu Police Department and the community.  The foundation's goals are to raise and provide funds that support scholarships to local students seeking higher education; provide medical alert devices to seniors who live alone and are at risk of falling; and enable the Honolulu Police Department to purchase equipment that could not be obtained through the normal budgetary process.

We work with Project DANA in providing personal medical alert devices to kupuna (seniors) who live alone and are prone to falling.

Each year, the foundation presents a check to the Honolulu Police Department during the annual gala.  They have purchased automated external defibrillators (AED), electric guns, laser speed guns, drug testing equipment and other technology over the years.

Lee Donohue - Former Chief of Police
"The defibrillator, only one of two in the department at the time, saved my life after I suffered a Sudden Cardiac Arrest on the job.  I can’t stress enough the importance of having these devices on hand to help save lives. Thanks to the funding provided by the Honolulu Police Community Foundation, the HPD now has more defibrillators distributed across the island." 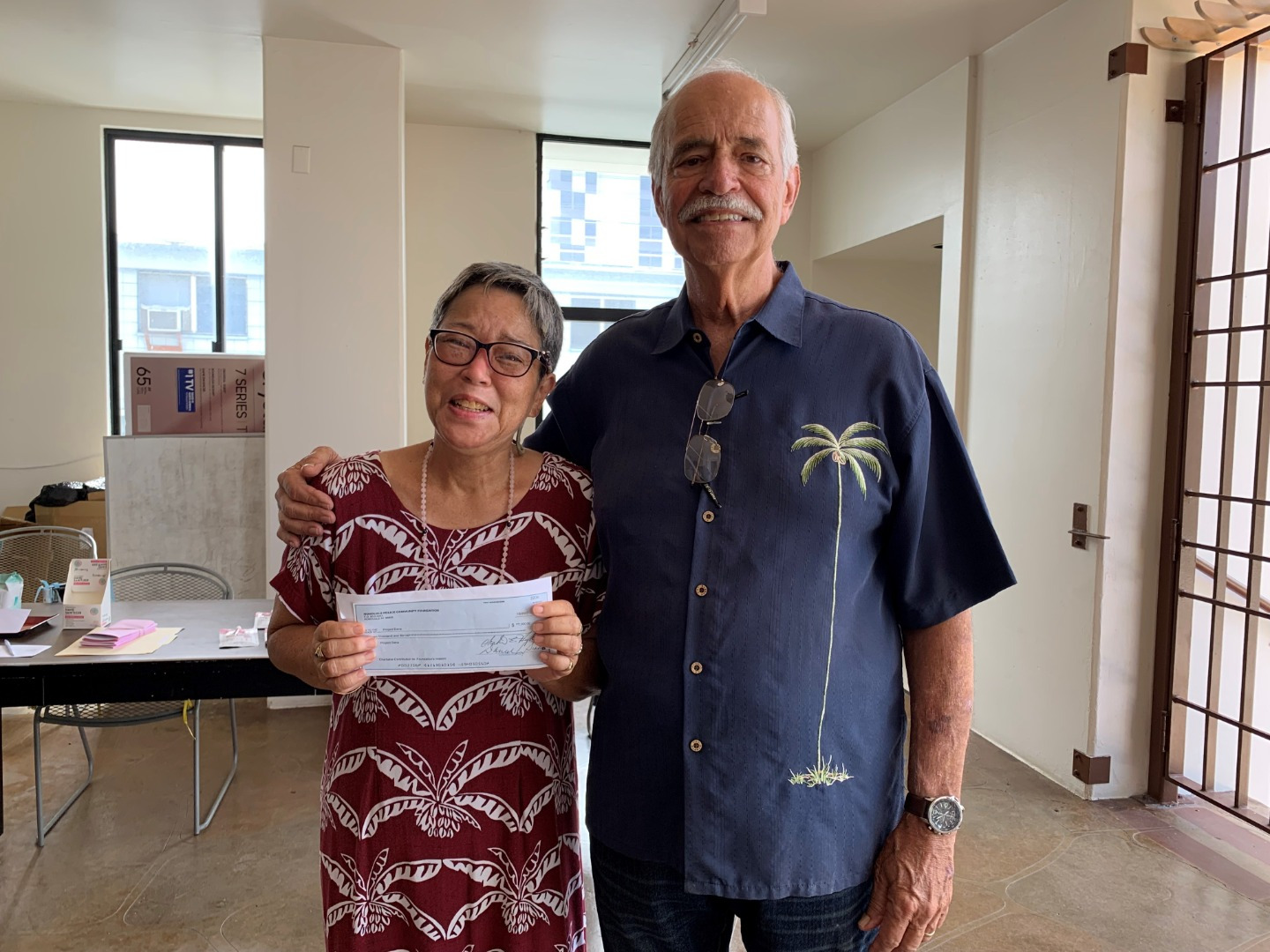 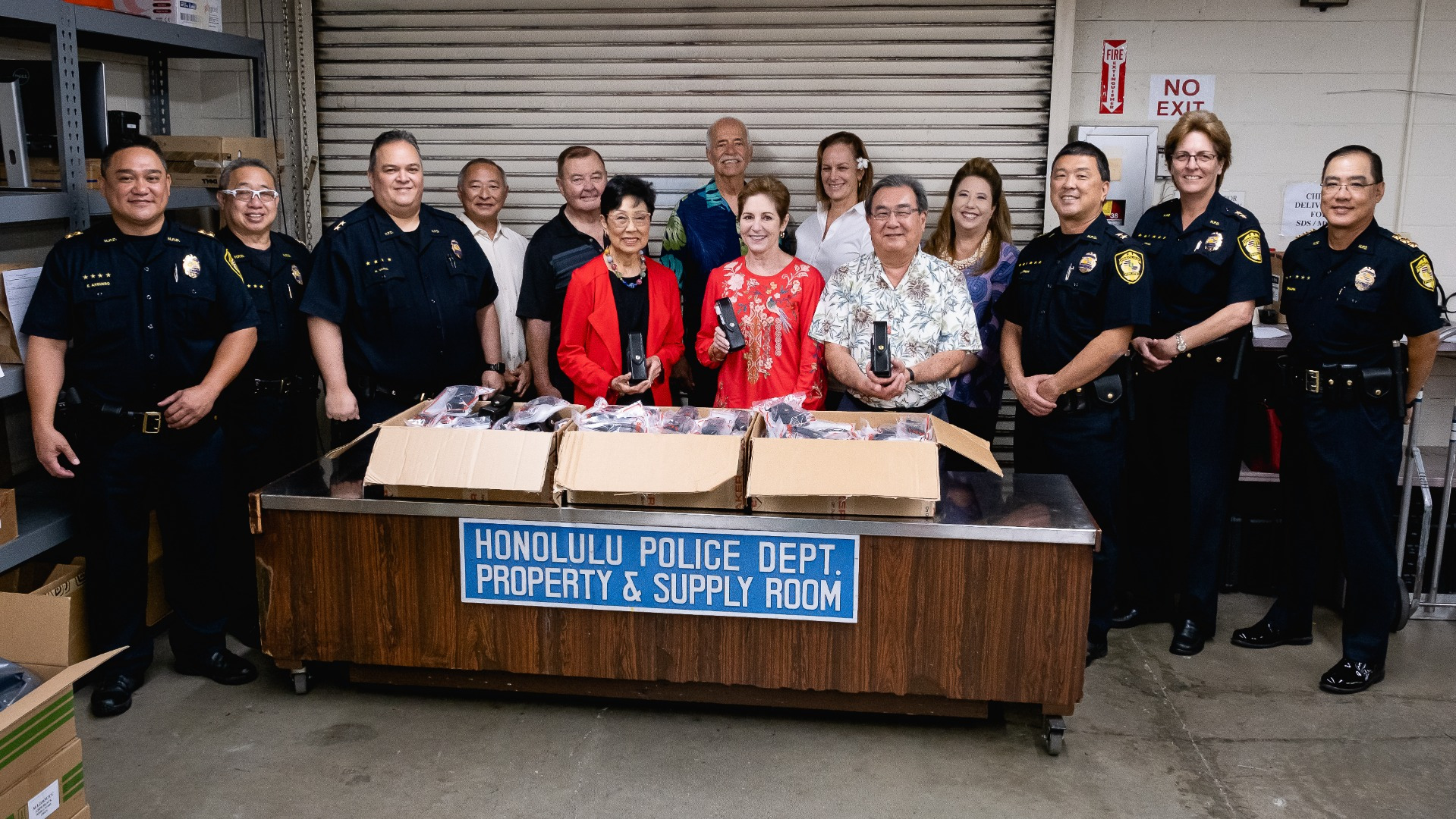 Presentation of leather tourniquet pouches at HPD on March 29, 2022.